The Maltese Schnauzer mix, otherwise known as the Mauzer, is more often associated with a small machine gun, it does in fact refer to a F1 designer bred dog that's a cross between a purebred Maltese and purebred Miniature Schnauzer. A small dog, it typically weighs between 6-10 pounds for a Toy and 7-20 pounds for Miniature. As the product of two friendly, smart purebred parent breeds, you can expect your Mauzer dog to exhibit many of the same tendencies. SMM raises the Toy size from time to time!

A dog breed that's sure to love. The Maltese Schnauzer aka Mauzer or Malzer is a fluff-ball of personality, loyalty and love. They are one of the top most popular "rare"  breeds. This petite terrier is absolutely adorable, highly intelligent, very affectionate, and overflowing with confidence. Coming from two Toy Parents they are the perfect pooch for Individuals and Families!
​
​Friendly and Social      Gentle and Spunky       Self-Confident       Bubbly and Playful

Where did the Mauzer come from?

The Mauzer (a man-made breed) is a first-generation cross thought to have originated in the United States over 20-30 years ago. The exact date of origin is not clear. We can look into the origin of each parent to gain more knowledge of the genetic roots of this designer breed. The purpose of this designer breed is to be the perfect companion dog.

The Maltese called the: "Ye Ancient Dogge of Malta" is older than history itself, a living artifact from a time when a civilization was defined by its myths, and when praying to a golden idol of a dog wouldn’t raise an eyebrow. It is stated that the Maltese descends from one of the most ancient dog breeds to be found in recorded history. Estimated that the breed originated around 600 B.C. with some written accounts of being 350 BC. That's over 10 thousand years ago! Descending from a Spitz-like dog which was bred for hunting in marsh land areas. Historical evidence leads one to believe that the Maltese may well have been introduced into the gene pools of the Lhasa Apso, the Tibetan Terrier, the Tibetan Spaniel, and even the Pekingese - helping to shape- the eventual evolution of these truly ancient breeds of dogs.

The breed continued throughout the middle ages in Europe and was bred in China. In the 16th century, the Italian poet Ludovico Ariosto memorialized the dog in his poem "Orlando Furioso." In Britain, royals such as Mary Queen of Scots (1542-1587), Queen Elizabeth I (1533-1603), and Queen Victoria (1819-1901) were all Maltese owners.

The Maltese were never bred for work, they have been esteemed for centuries as companion dogs. The earliest known representations of the Maltese dog on artifacts found at Fayum, Egypt (300-600 B.C.) suggest that the Maltese was one of the dogs worshipped by the ancient Egyptians.

The Miniature Schnauzer originated from breeding the Standard Schnauzer with smaller breeds to bring about a smaller terrier. The earliest Miniature Schnauzer on record is an all black female dog named Findel in 1888. Out of eight (8) bitches (females) registered in a first volume Stud book, were 3 black, 3 yellow, 1 black & tan, and 1 salt & pepper. There was evidently much crossing between types and registrations of the dogs were more dependent upon their outward appearances versus their genetic make-up. The Miniature Schnauzer were first imported to the United States in the 1920s.

Like other hybrid breeds, the Mauzer might be susceptible to the health problems that commonly affect its parent breeds. But it’s important to know that there’s no way to determine the long-term health of an individual dog, and designer canines are surprisingly hardy and healthy. There really is no guarantee that an individual Mauzer will even inherit any health problems from his parents. Nevertheless, as a pet owner, it’s a good idea to know what to look for, just in case symptoms do arise. This designer breed can suffer from Patellar Luxation, Von Willebrand's Disease, Reverse Sneezing, Liver Problems, Kidney Stones, Collapsed Trachea, Myotonia Congenita, Hypoglycemia and Eye Conditions. Mauzer's have an average life span of 12-17 years.

The Mauzer will require a moderate amount of grooming. Of course, some owners clip their Mauzer's fur for easier maintenance. The Mauzer is hypoallergenic, so you will not have to worry about a great deal of shedding with him. He should be brushed at least twice weekly, regardless of hair length. You should not bathe the Mauzer unless he is dirty - his natural oils will keep his coat healthy and shiny. However, when you do need to bathe him, choose a shampoo that is designed for sensitive dogs (be sure to keep in mind that the Mauzer tends to have dry skin). Some owners choose to clip not only the body hair, but also the hair on the feet of the Mauzer. Brush his teeth at least three times a week to prevent tartar build-up and bad breath. Brush daily to prevent tooth decay. Finally, keep his nails clipped at least twice a month.
The Mauzer has been described as energetic, funny, and feisty, as well as joyful and playful.
The Mauzer is not recognized by the American Kennel Club, as it is considered to be a Designer breed. However, this breed is recognized by the American Canine Hybrid Club (ACHC), the Designer Breed Registry (DBR) the Designer Dogs Kennel Club (DDKC), the Dog Registry of America, Inc. (DRA), the International Designer Canine Registry (IDCR) and the Continental Kennel Club (CKC).

How to Find Reputable Mauzer Breeders?

This is due to the cost of breeding, maintenance, medical screening, medical care, premium nutrition, and the miscellaneous expenses of raising healthy dogs.
.3 Little-Known Facts About Mauzer Puppies 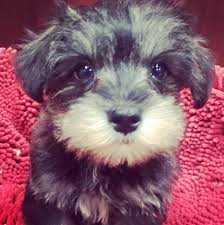 Mauzer
These examples of different Mauzer's are not our dogs. 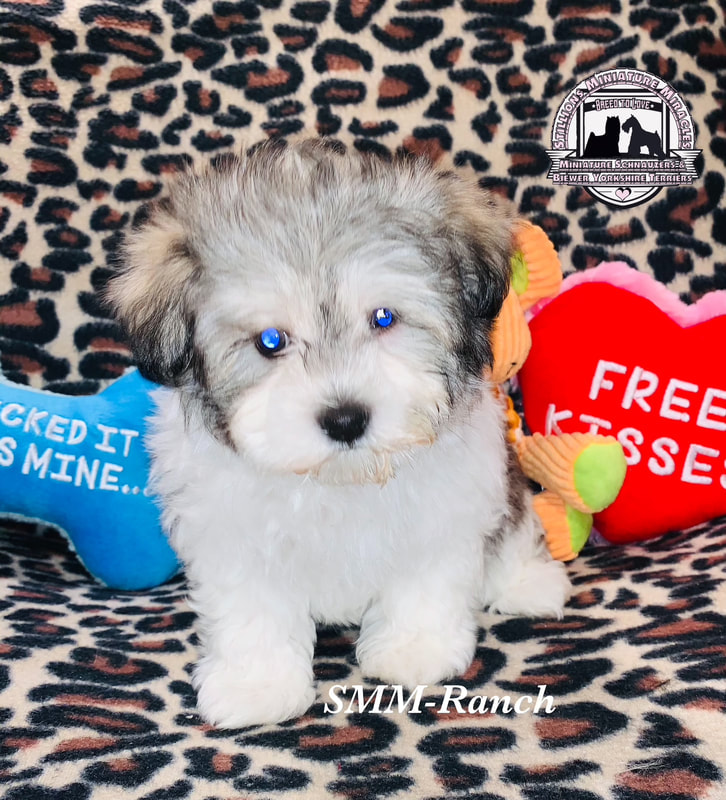 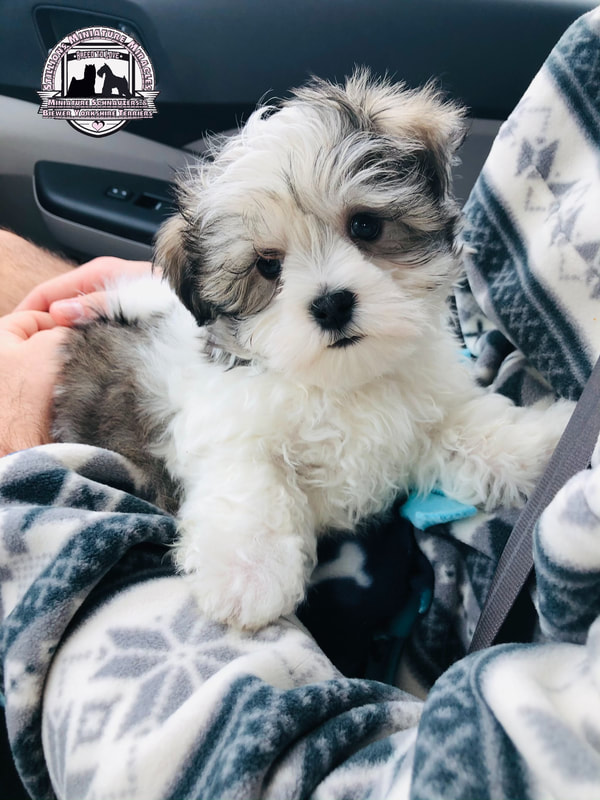 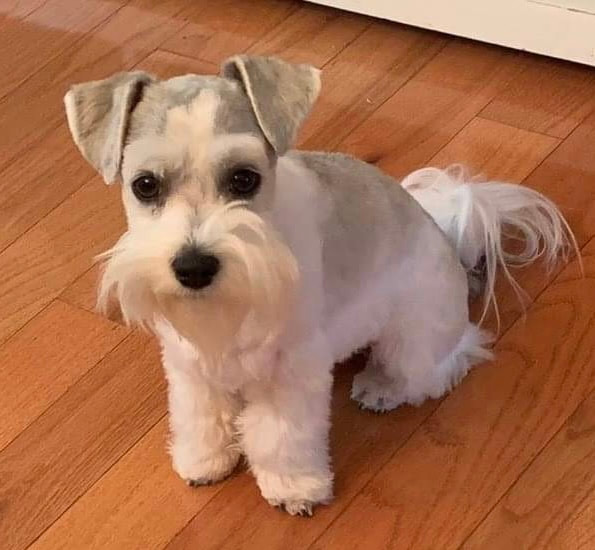 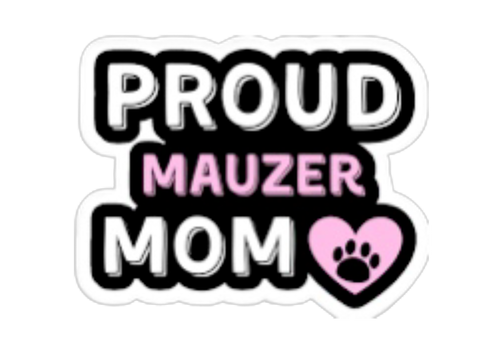