The dogs pictured are not for sale, they are our personal
​pets and used in our breeding programs. 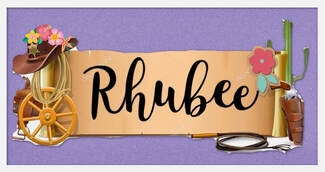 ​It was in the winter of 2004 on December 1st when the first BIRO Yorkshire Terrier puppy was born, a female called "Art of Highclass Relight My Chocolate Fire", to the Art of Highclass Kennel of famous German breeders Roberto Krah and J. Lutz. It was this female dog that became the first registered representative of the BIRO Yorkshire Terrier breed in the World. The mother of the puppies was "Alisha vom Wasserschlößchen" that gave birth to four puppies. Three of the puppies were Biewer Yorkshire terriers, and the fourth puppy was a female BIRO Yorkshire terrier, who had a chocolate pattern on a white coat instead of the typical black/blue pattern on a white background with a tricolored head.

Maltese 6 lbs
IKC, AKC, AMTC, OFA, Dna-profiled
​Ms Hollywood is a sweet and loving girl, always ready for
a photo op! She loves car rides and has a larger
then life ​attitude!
The Maltese
The 'ideal' Maltese should have black points and halos. Halos is not mentioned in any Maltese breed standard but it is actually there, just in a different wording - black points. This refers to the eye rims, paw pads, nose and lips and they should be a solid black without any other color (not fading, pink or otherwise). Lot's of pet Maltese dogs do not have 'perfect' black points which are ideal for the show ring and highly sought after in the competition crowd.

Halos - are solid pitch black, that circle around the entire eye without any fading or disconnection. They give the appearance of having large eyes and look like the Maltese is wearing black liquid eyeliner. These solid dark rims are not as common as you would think.

No Halos - a Maltese does indeed have colored eye rims, however, they are not a deep black color as can be seen on the nose. They appear to look a dark grey in appearance and don't have the look of wearing black liquid eyeliner.

Miniature Schnauzer 15 lbs.
Wire to Super Coat
​Carries only AKC Standard Colors
AKC, CKC, OFA, DNA-profiled
Bella is a quiet and laid back dog that loves to follow
us wherever we go, always happy to see us. She comes
to SMM-Ranch from West Virginia and fits right
in as if she has been here all her life!
The Black Schnauzer
Black Schnauzers - Just as the description implies, are entirely black, however some may have a small white patch on their chests. Black and Salt and Pepper are the most common Schnauzer colors and then Silver and Black followed by all the other colors of the Schnauzer.

Yorkshire Toy Terrier 6 lbs.
Carries Liver Gene
AKC, OFA, DNA-profiled
Lil "Ms" Sunshine is a very fun & lovable girl that
loves to be a part of what's going on! She is our
newest addition from SC and she never misses
anything with her know-it-all smile!
The Yorkshire Terrier
Yorkshire Terriers are one of the smallest dog breeds of the terrier type, and of any dog breed. Originating during the 19th century in Yorkshire, England. Lil "Ms" Sunshine is what's called a traditional colored Yorkie that's born black and gold and coat transforms to a steel dark blue and gold color as an adult.

Miniature Toy Schnauzer 9.5 lbs
Super-Coat with Hazel Eyes
CKC, OFA, DNA-profiled
La'Dee comes to SMM-Ranch from Georgia. She is
​ a sweet little bundle of joy! La'Dee has a
deep rich soft liver parti coat.
The Liver Parti
Chocolate Parti also known as a Liver Parti Miniature Schnauzer is because of a gene dilution of black which give this dog its brown based color. Though considered a "rare" color, it has existed in original German breeding lines since the 1800's when the breed was first developed.

Dark "Black" Toy Biewer Yorkshire Terrier est. to be 4 lbs.
Kb Black, Parti, BIRO, Biewer Carrier,
CKC, OFA, DNA-profiled
Raven is our first rare KB Dark Biewer Yorkie - she has "extreme" faint gold points and is super sweet and SMM-Ranch's newest addition, coming from South Carolina. She has quite a list of champion bloodlines including Zeus From Olympus Diamond Dog Of Moravia, Fighter Von El Cassius Dio & JohannaWhite Dream Vom Rheinblick.
Dark Biewer Yorkies
Black is the “default” eumelanin color for dogs. Dogs with one or two copies of K-KB will not express A Locus coat colors: (sable/fawn, tricolor, black and tan, or tan points) and their coat color will be solid in pigmented areas with the final coat color determined by the E and B Loci. This means that it will have a black nose and, usually, brown eyes (eumelanin affects eye color too), and any eumelanin in its coat will be black. Their overall appearance is also determined by genotype at MC1R (E Locus), Brown (B Locus), and other genes. Eumelanin, in case you do not know is one of two types of pigment that occur in dogs. Our First Dark Biewer Yorkshire Terrier named, Raven is from a Traditional Yorkie mother and a BIRO Biewer father.